The Academic Staff Union of Universities on Tuesday said it has no plan to suspend its ongoing strike but to end it permanently.

It however said such can only happen when all demands have been met.

The union’s President, Prof. Emmanuel Osodeke, at a press conference in Abuja.

“We want to end strike. We are not suspending the strike. You can only end strike when all the demands have been met,” he said.

While appreciating efforts of some stakeholders on the strike, Osodeke, however, said “it is not over until it is over!”

On media reports that the Federal Government plans to increase salaries of ASUU members by 100 per cent, Osodeke said, “We are not aware of any new agreement. If the government wants to negotiate with us, they know the right channel.”

Earlier in an interview with The PUNCH, Osodeke said the union had yet to receive any call or invitation from the government since it had the last meeting with Prof. Nimi Briggs renegotiation committee on June 16, 2022. 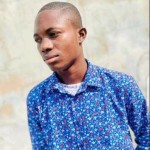