The President of the Academic Staff Union of Universities, Prof Emmanuel Osodeke has called on the federal government to remove the minister of Labour and Employment, Chris Ngige, as a member of the mediation team in the ongoing rift between the duo.

Osadoke who described Ngige as an “interloper” stated that the minister cannot stand as a reconciler when it was he who personally wrote the Minister of Finance, demanding a stop to the payment of lecturers’ salaries while they were on strike, and also authorized that the union members be paid half salaries, following the suspension of its eight-month strike in October.

The union leader maintained that Ngige lost his right as a mediator when he dragged the union to the industrial court and should be dropped from the negotiation team.

He also expressed optimism that the agitations of the union would be resolved in the interest of students, parents, and the country. 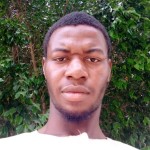