The national leadership of the Academic Staff Union of Universities (ASUU) has kicked against the proposed introduction of education loans for students of tertiary institutions.

The union in a statement signed by its President Emmanuel Osodeke, after the National Executive Council (NEC) meeting held at the University of Calabar on Monday, December 5, said the education loan had proven to be a monumental failure in Nigeria and some other countries where it was earlier introduced.

The lecturers also appealed to well-meaning Nigerians to call on the government to release the withheld salaries of its members. 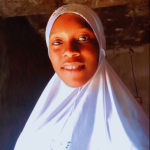 The President, Major General Muhammadu Buhari (retd.), has approved the appointment of Brig. General Y.D. Ahmed as the Director-General of the National Youth Service Corps. He would be officially taking…