A non-governmental organisation, Techance, which specialises in training and educating children between six and 16 years on technological skills, recently held a Science, Technology, Engineering, Arts and Mathematics (STEAM) Fest for secondary school students in Lagos State.
The event was held in partnership with Univelcity, a renowned tech school in Lagos. According to the founder of Techance, Temidayo Adeoye, STEAM fest not only exposed children to opportunities, it also engaged them in other fun activities.
“The children had opportunities to speak with experts in technological field, work on hands-on STEAM activities and had an engaging workshop in several skills,” Adeoye said.
One of the students, Fowora Emmanuel, recounted his experience on how cyber security sparked his interest at the STEAM fest.
Emmanuel said, “knowing that one can recover a deleted information after deleting or formatting is intriguing.” Despite loving Robotics, he stated that he would love to give cyber security a shot later in the future.
“As the world becomes a more digital space, we need to invest in STEAM education, children start their school careers with sparkling imaginations, fertile minds, and willingness to take risks with what they think. We must invest in the information they are exposed to because it will form their imagination and eventually their actions,’ Emmanuel said. 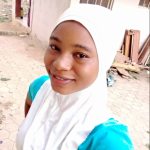