Members of the Joint Action Committee of Non Academic Staff Union and Senior Staff Association of Nigeria Universities have said the executives did not inform them before it suspended the strike.

On Saturday, The PUNCH reported that the JAC of NASU and SSANU embarked on a National Industrial Action on 27th March, 2022 and called it off on August 20, 2022.

It also called on its members to resume duties on Wednesday, 24th August 2022, however, the members told our correspondent that they felt slighted saying they were not duly informed.

Some members of JAC of SSANU and NASU who spoke with Punch correspondent all said they were not told, adding that a congress was supposed to be held before the suspension of the strike.

A former chairman of SSNAU, UNILAG, Mr Oriwaye Adefolalu, said JAC of SSANU and NASU goofed by calling off the strike they embarked upon, towards pressurising Federal Government to perform its constitutional duties, without carrying along their members at their respective branches.

He said, ‘‘It is shameful and disheartening that the leadership of Senior Staff Association of Nigerian Universities could not guide her counterpart in this struggle rightly.

‘‘Let me bring it to the awareness of the Nigerians and most especially Federal Government that calling off the strike embarked upon by JAC of SSANU and NASU without ASUU calling off her own strike would amount to nullity. Academic exercise would not be completed as no student would be taught.

Another member SSANU-OAU branch who did not want his name in print, said, ‘‘Honestly, if you go by the dictate of our constitutions, the decision to call off strike is rested on members of various branches. It is supposed to be the collaboration of all members. ‘’As for this no referendum in OAU as of now and anywhere else to discuss the possibility of suspension and to look at what has been put on the table by the government. All I’m aware is, waiting for the 2023 budget. The decision to suspend this strike is supposed to be a collation of reports from the source referendum. ‘‘If we are not pleased, we have the right to reverse the strike. My chairman in OAU hasn’t said a word since that Saturday when the strike was called.’’

In his opinion, another members who gave his name as Oseni, stressed that the JAC of NASU and SSANU leadership suspended the strike on promises likely to be breached, as usual, saying that the aim was to break the ranks or strength of the seemingly total and comprehensive strike.

“The National JAC leadership of NASU and SSANU is obviously polarised. It used to be an initial 3-armed-JAC with NAAT till the latter withdrew from the Committee. Of course, the students who are the primary victims of the strike, can’t resume studies without ASUU suspending the Strike.

‘‘We shall see what becomes of this Federal Government disunity-prone-approach in the next few weeks,” he added.

However, the national vice-president, SSANU, Mr Abdussobor Salaam, maintained that due process was followed.

He said, ‘‘Due process was followed. A National Executive Council meeting was called in line with our Constitution.

‘‘Please disregard this insinuation as it is a product of mischief makers, disgruntled elements and confusionists who want the strike to be prolonged for their own selfish ends.

‘‘If they honestly feel aggrieved and wish a redress, there are mechanisms for such and not‍

on the pages of newspapers.’’ 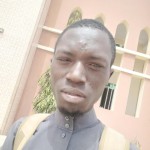